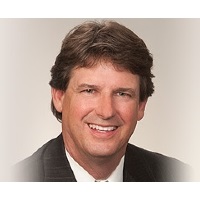 John Garrard was born and raised in the Mississippi Delta. He attended Mississippi State, graduating with a B.B.A. in Banking and Finance. John worked for a bank in the Jackson, Ms., market, before enrolling at Millsaps College, where he earned his M.B.A.. John then entered the Investment business, starting with A.G. Edwards in 1990. He has been in the Investment Advisory business since working with Legg, Mason, Wood, Walker, and subsequently its purchaser, Smith, Barney. John left Smith, Barney to join Optimum Financial Services in 2007. John is in his 31st year in the Investment Advisory business.

John is married to the former Susan Easom of Sebastopol, Ms. He has been active in the community, acting as President of Young Jacksonians for the Symphony, President of the Gavel Society, Board Member of North Jackson Youth Baseball, Catechesis leader at his church. Susan is Executive Director of The Mississippi Children’s Museum. They have 2 children, Jack, who is an Investment Advisor Representative at Optimum. William is a Senior at Mississippi State University.