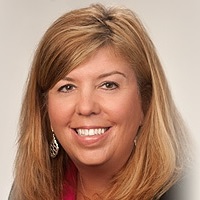 Dena Lundberg, assistant at Optimum Financial Services, was born and raised in the Jackson area. After graduating from the University of Alabama, she moved to Atlanta and pursued a career in Human Resources. Working in the printing industry, Dena advanced from plant HR manager to Vice President of Human Resources. She returned to Mississippi in 2005 and currently lives in Clinton with her husband, Chris, and sons, Owen and Nolan. Upon returning to Mississippi, Dena initially stayed home with her boys. She has since worked as a bookkeeper and is a very active volunteer in the community. She is past president of the Junior Civic League of Clinton and was the Clinton Public School District Parent of the Year in 2015. She is a member of First United Methodist Church of Clinton. During college and immediately after, Dena worked for a financial investment firm in Tuscaloosa. She has immensely enjoyed her return to the investment industry.