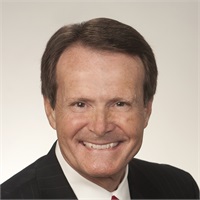 Billy Garrard was born and raised in the Mississippi Delta. He graduated from the University of Mississippi in 1972 with a degree in Banking and Finance. His banking career began in 1972 with the Bank of Anguilla. While there, he attended the Mississippi Bankers Association School of Banking at the University of Mississippi graduating in 1976 and the School of Banking of the South at Louisiana State University graduating in 1980. After leaving the Bank of Anguilla, he worked with Mississippi Southern Bank, Citizens Bank & Trust Company and Planters Bank & Trust Company. He held various positions including Cashier, Vice President, Chief Operating Officer and President and Chief Executive Officer. During his banking career he has managed bank bond portfolios and has also been an equity investor for himself.

Billy is married to Penny Hawkins of Isola. Penny is an instructor at Mississippi Delta Community College. They have three children Marty of Olive Branch, MS, Amy of Lyons, CO and Nick of Jackson, MS and seven grandchildren.

Billy is a Deacon in his church. He has been involved on various college foundation boards, civic clubs and is a Rotarian and a Paul Harris Fellow.